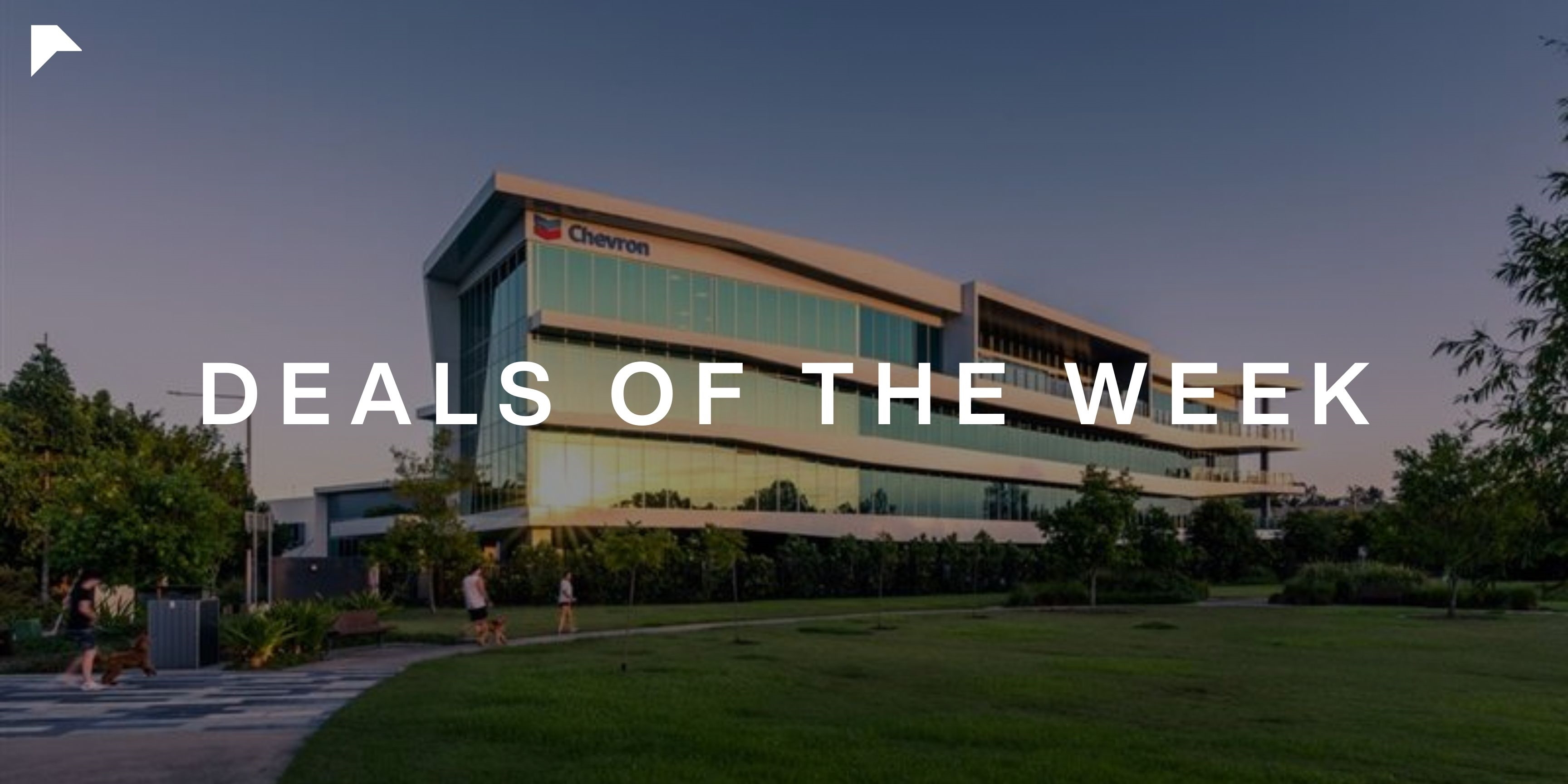 One of Melbourne’s most esteemed private schools, Xavier College, has sold its junior school Brighton Campus at Kostka Hall to Jeff Xu’s Golden Age, for a speculated $100 million. Over 3.29-hectares, the site contains significant development potential, and was marketed by Colliers’ Trent Hobart, Hamish Burgess, John Marasco, and Yvonne Zhou, with Michael Jackson of JACX Property serving as the transaction manager. “Given the location, it represented one of the most prestigious and rare real estate prospects in Melbourne,” stated Mr. Hobart.

The Laundy family has partnered up with hospitality operator Alistair Flower to purchase the Tacking Point Tavern in Port Macquarie. The 6,700 sqm pub possesses a spacious beer garden and Port Macquarie’s largest outdoor screen, and serves as the latest in a string of deals in Port Macquarie, prompted by the coastal town’s population swelling as people continue to move away from metropolitan Sydney.

The property was marketed by HTL Property’s Dan Dragicevich and Andrew Jolliffe, who represented the vendors, the Mattick and Salter family-backed Taphouse Group.

As part of the Stonebridge National Portfolio Auction that was conducted on the 5th of July, the freestanding KFC in Bomaderry’s retail core has sold to an investor from Melbourne, for an extremely sharp yield of 2.89%. “Investors see fast food and convenience retail in general as intergenerational assets that they are happy to lock away,” stated Stonebridge Property Group’s Michael Collins, who marketed the property in conjunction with colleagues Tom Moreland and Rorey James, and believe the low yield is a record for the area.

Two Cotswold Hills development sites that serve as part of the Essence Land Estate have sold for a total of $10.6 million, after a marketing campaign conducted by Ray White Special Projects directors Mark Creevey, Tony Williams, and Matthew Fritzsche. The 24.966-hectare southern portion of the estate at Gowrie Junction Road was sold to Homecorp, a Gold Coast-based development firm, or $7.5 million, whilst the 14.551-hectare northern portion of the estate was sold to Victorian-based retirement developer Country Club Living, for $3.6 million. Country Club Living are planning to develop a 183-unit retirement village and residents private nine-hole golf course at the northern portion of the property.

A 2.75-hectare property at 439 Tamborine Oxenford Road has sold to a South East Queensland-based developer. The site was marketed with a current development approval for a 112-bed residential aged care facility, but the purchaser is reportedly intending to pursue a residential land subdivision on the site. “While the site carried an approval for residential aged care, the overwhelming majority of enquiry was from residential developers and builders seeking to undertake land subdivision to cater for a severely undersupplied market,” stated agent Mark Creevey.

The 20,189 sqm site at 227 Archerfield Road, which was formerly home to the West Brisbane Tennis Centre, has been sold to Kingsmede, a private property investment company specialising in modern high spec turnkey office and industrial space, who have intentions to develop a first-class multi-unit industrial development on the site.

“Richlands is a proven industrial hub that benefits from being on the doorstep of the Centenary Highway, Ipswich Motorway and Logan Motorway intersections, providing access to all parts of the ever-growing South East Queensland region,” stated Knight Frank’s Paul Anderson, who facilitated the sale of the property alongside colleague Mark Clifford. Anderson and Clifford represented the vendor, the Joyce family.

The NRL’s controlling body, the Australian Rugby League Commission (ARLC) has acquired Brisbane’s luxury Gambaro Hotel in a deal negotiated exclusively by HTL Property’s Nic Simarro, Glenn Price, Brent McCarthy, and Andrew Jackson. The 68-room hotel on Caxton Street, situated only 300 metres away from Suncorp Stadium, has been purchased as part of the ARLC’s strategy of investing in hard yielding assets. The Gambaro family will continue to operate the businesses at the site.

The four-storey Chevron Australia headquarters, situated at 365 MacArthur Avenue in Hamilton, has sold to a Sydney-based private investor for $46.5 million, reflecting a 5.3% net yield. The property was offloaded by property fund RF Corval, who were represented by CBRE’s Jack Morrison and Adelaide O’Brien, who worked in conjunction with Cushman & Wakefield’s Peter Court, Mike Walsh, and Frederic Le Fanau. The building was constructed in 2016 for Chevron, with the company committing to a 15-year term, and contains a net lettable area of 5,040 sqm as well as a 4-star NABERS energy rating.

Newmark Property have announced their acquisition of a 2.8-hectare property at 1-17 Compton Road, increasing the REIT’s portfolio to nine properties. The property is comprised of four buildings that contain 11,067 sqm total. Amongst the most significant tenants are major national brands like Sydney Tools Officeworks, and Supercheap Auto. With a WALE of 6.3 years and average rental increases of 3.1% per annum, Newmark Capital’s Joint Managing Director, Chris Langford, has described the property as “a high-quality long-term investment.” The sale was brokered by CBRE’s Joe Tynan and Michael Hedger.

Developer Iris Capital has purchased a bevy of Alice Springs hospitality and tourism sites, including the Mecure Hotel, Stay at Alice Springs Hotel (formerly known as the Aurora Hotel), the Gap View Hotel, Todd Tavern, and the Diplomat Motel. According to Sam Arnaout, the investment group's Managing Director, the businesses will continue along their current trajectories, and there are no plans to redevelop the properties in any notable way. “These venues are great venues so they don’t need to be completely eradicated or changed significantly,” he stated. HTL Property was engaged in the negotiations for all of the sites.

A restored heritage building located in the trendy west end of Fremantle has sold to local investors who plan to continue the legacy of the iconic restaurant tenant, Roma Cucina. High Street Mena Pty Ltd has purchased 9-19 High Street off of Ortana Pty Ltd, and as such, have acquired 807 sqm of total land area in one of Fremantle's most popular areas. The sale was faciliated by LJ Hooker Commercial Perth's Brian Neo.

The Co-Founders of Revelop talk cashflow, staying private, and building their business

Charbel Hazzouri and Anthony El-Hazouri sat down with Rob Langton to explore how Revelop went from a two-person operation to a major development player.

A beachfront property with 67 new self-contained villas is being offered to market in a listing that is sure to cause excitement.

JLL and Knight Frank are marketing a seven-storey building in one of Victoria's tightest markets.

Why the office is the asset of choice for offshore investors

CBRE's latest "In and Out" report found that the offshore investment figures had returned to pre-pandemic levels during 1H 2022.

How Jennifer Lechte raised the bar in footy, family and property.